My name is Daniel Hrežík. I was born in Snina - a town in the eastern Slovakia. I have been interested in dogs since 2001. In the 2007, I filed an application for registration of our kennel in the international register of FCI (Federation Kynologique Internationale). After a few years, I have moved to Hviezdoslavov village, near Bratislava, where I live. 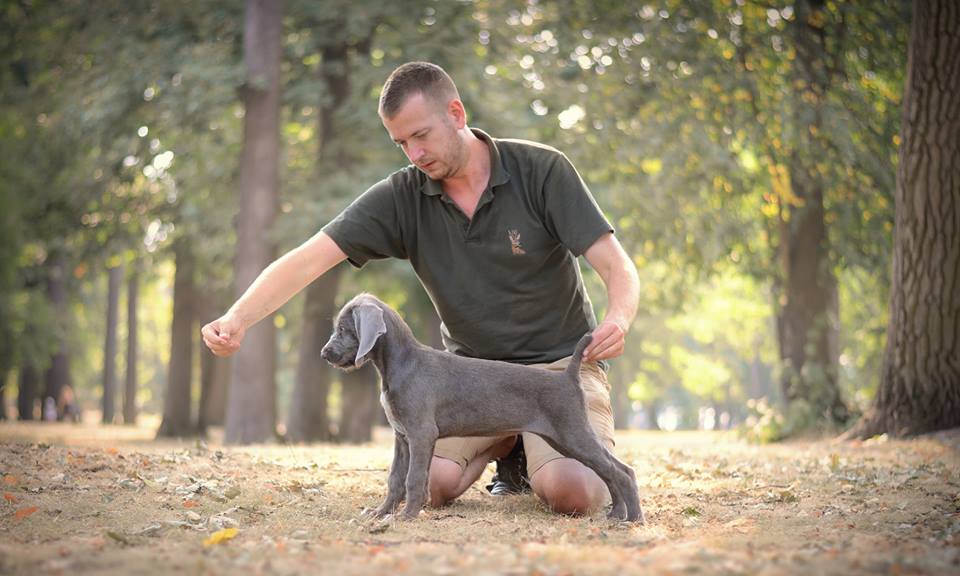 I graduated at the Veterinary Secondary School in Kosice, in 2009 at the University of Veterinary Medicine and Pharmacy in Kosice and in 2011 at the Slovak Agricultural University in Nitra. I have extended my knowledge at a veterinary school in Sweden where I was on a study stay.  I apply our knowledge and experience in the field of special breeding sectors, canine and veterinary medicine in my breeding practice. I also completed a course of perfect Italian dogs’ handler. I have also worked actively in the breeding clubs.

After years, dogs, hunting and animal breeding have become a part of our life. I am being active in the field of animal breeding, canine, breeding, animal protection and livestock production in the agriculture sector, too. Animal welfare, hunting and dogs take all of my time. It is my lifestyle.

The first time I was on a dog show was in 2005. It was in Košice. I fell in love with exhibition rings immediatelly and after some time I was a part of exhibition as an exhibitor with my first "paper" dog.

The beginnings of the "Danibull" kennel go back to 2006, when I was interested in breed Bull terrier and I have bought the first female of this breed "ANGEL Flegmabull kennel".  With “Angee”, I participated in my first exhibitions and I gained a lot of experience. Now you can understand the name of our kennel more clearly :) . Therefore, we have started with a breed Bull terrier. Last bullterrier who I has at home; was „Enzo - MultiCh. Moonflower DESTROY", he was the direct descendant of the legendary dog "UK Ch., USA Ch. Dazlin DEFIANCE".

In 2009, I met with the breed Slovak rough haired pointer, than we established the Silvertina kennel. This breed totally enchanted me and I began to feel the responsibility for the cultural heritage. Therefore, I decided  to devote myself to this breed. 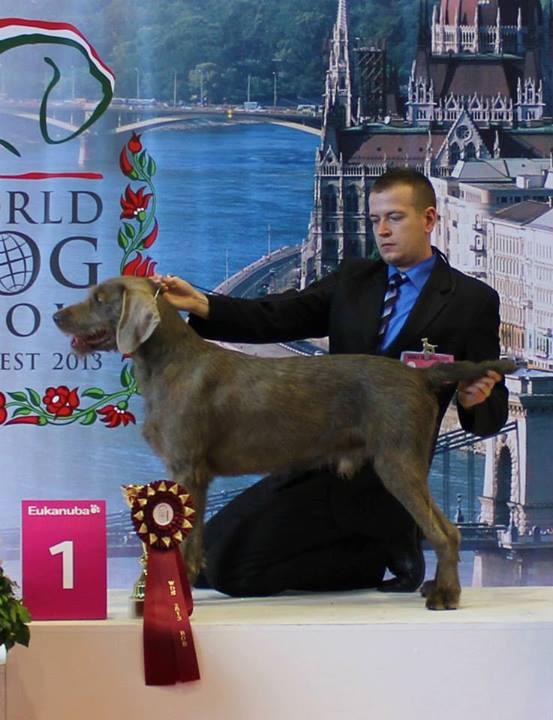 I just guessed that the Slovak rough haired pointer is an exceptional breed and I can declare that I was not mistaken, because a dog of the Slovak rough haired pointer is “an all rounder". This breed has many good qualities, such as versatility, resilience, perseverance that makes it an irreplaceable helper in a hunting ground and at the same time, it can be a good family member. I think the Slovak rough haired pointer is an ideal dog for the owner, who is active and who has a relationship with hunting, but also for somebody, who is looking for something extra. I also want to appeal to the fact, that dogs from my kennel are working dogs, active dogs, which requires a huge amount of mental load. This is the reason, why I consider dogs from my kennel suitable for hunting canine. My dogs aren’t suitable only as pets. 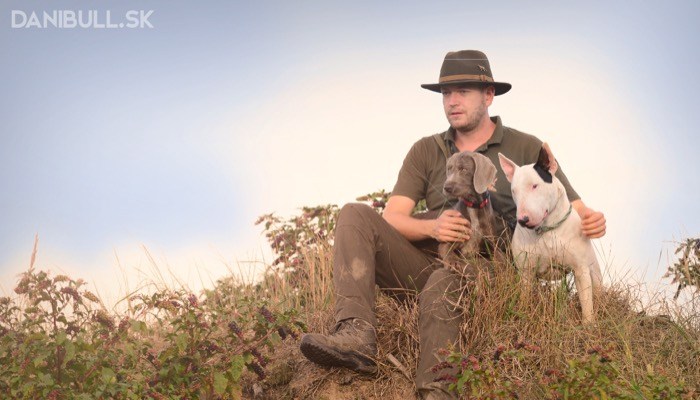 In recent years, we have succeeded to export the puppies  of our national breed to different countries and to contribute     to the first record of the Slovak rough haired pointer  in the Republic of South Africa and Australia. Our puppies live in USA, Republic of South Africa, Australia, France, Canada, England, Finland, Germany, Netherlands, and in Czech Republic, too.

I am also proud of all my victories at dog shows. The most valuable titles for me are world winners, inter-champions, club winners’ titles. However, the most memorable memories happened during in the World Dog Show in Budapest in 2013, where I won two titles of world winners, including J.BOB and BOB with the Slovak rough haired pointers. In 2017 won in Germany title World Winner 2017 dog from our kennel Ch. ALECTO Danibull and in 2018 in Poland our young female JCh. BROWNIE Danibull won Junior European Winner 2018.

The goal of my kennel is breeding healthy and active puppies of the Slovak rough haired pointer with good qualities for hunting and dog’s exterior, too. Important factors in working area are quality sense of smell and ability of pointing. The anatomical structure and complete movement mechanism are equally important and the movement mechanism reveals deficiencies in physical attributes. Aptitude for work should be a vocation for breeding of this breed. I don’t recommend to use every dog in breeding, since every dog is not predestined for further reproduction. I consider the breeding work extremely difficult. It is a deliberate activity, based on selection, with extensive professional expertise. It’s not for everyone. 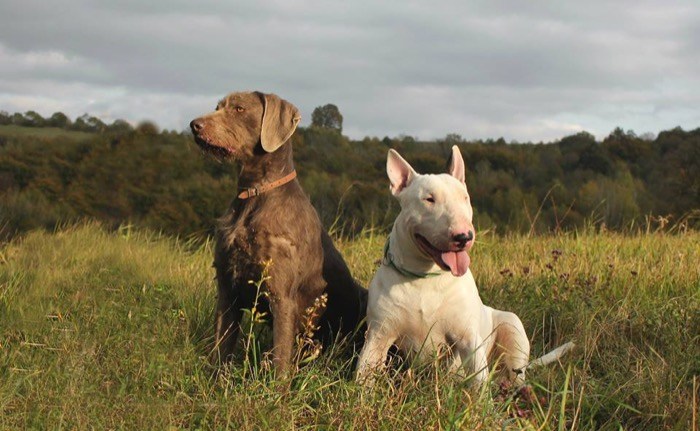 Self-criticism and the objective assessment of our dogs is must in this "field", and a key requirement. If we can look at our work more critically than at work of others, we will have a better chance to succeed. That is why I believe that my work will have a positive impact in the long-term breeding of the Slovak rough haired pointer. I also realize that no one is infallible and failure can occur wherever. Therefore, let everyone act in favour of dogs and not personal profit. 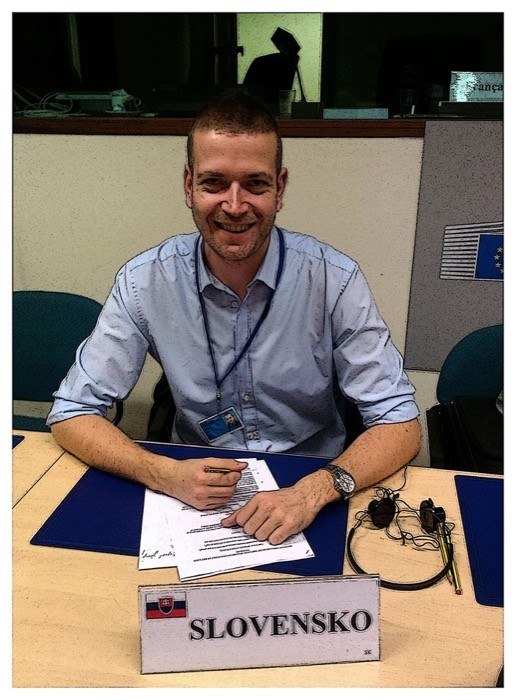 P.S.: If you would like to know more about my work, and me, feel free to visit my Facebook profile. 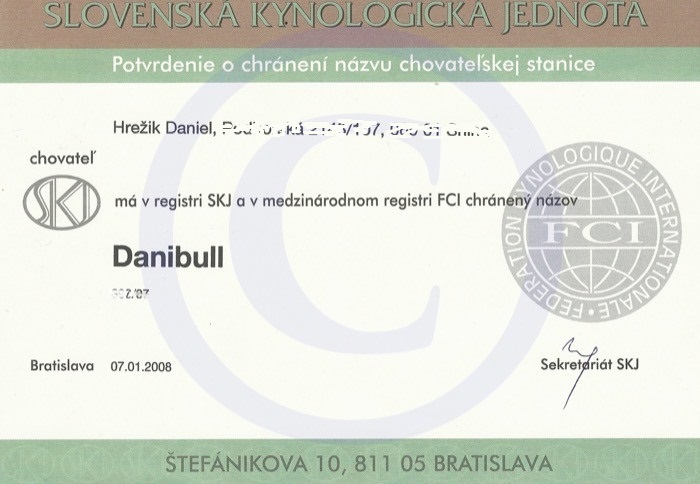 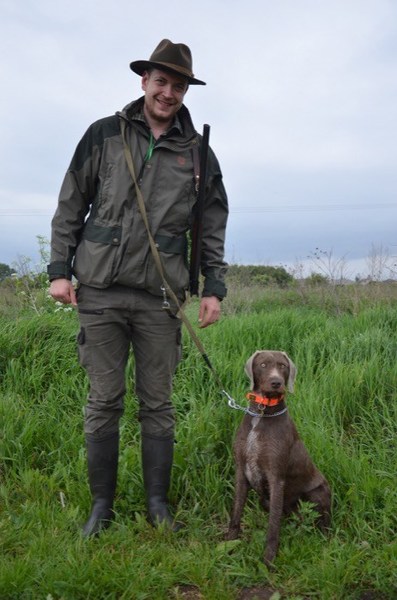 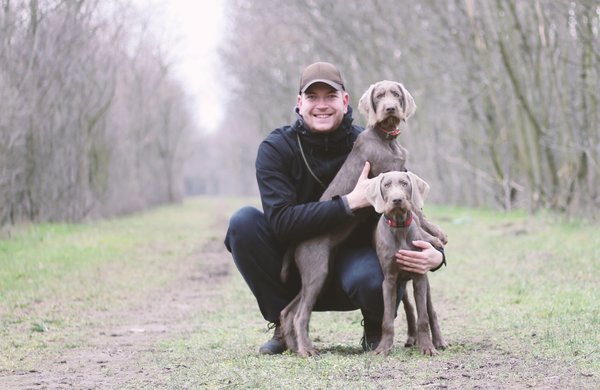